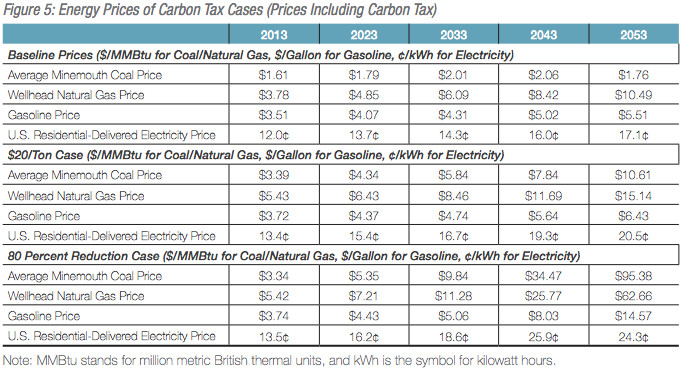 Rep. Waxman claims that a carbon tax is a good way to reduce the deficit while reducing pollution, saying in a statement, “Putting a price on carbon could help solve two of the nation’s biggest challenges at once: preventing climate change and reducing the budget deficit.”

The National Association of Manufacturers released a study that disagrees with Waxman’s claim. The study shows that a carbon tax will not reduce the deficit, and will increase everyday costs for individuals.

In Wisconsin, the study shows that the cost of natural gas would jump 40 percent, while the cost of household utilities would increase by 11 percent. It also shows that a carbon tax could cause up to 68,000 job losses over the next ten years in the Badger State.

The draft from Waxman and his colleagues currently includes a tax that would range from $15 to $35 per metric ton of carbon dioxide output that would increase from two to eight percent annually. They are currently requesting feedback from stakeholders and the public before the finalized bill is introduced.

The study from NAM looks at two different carbon tax cases with the first being similar to the draft legislation. The first studies a $20 per metric ton tax on carbon dioxide that would increase at a rate of 4 percent per year. The second follows the same scenario until 2018. Then the tax rate could increase to a maximum amount of $1,000 per metric ton with the goal to reduce carbon emissions by 80 percent by 2053.

The increased revenue from each scenario would be used for debt and deficit reduction, or the decrease of income taxes to no lower than 2012 levels. With either of the scenarios implemented, the study reveals that even with the increase in revenue from the carbon tax, the decrease in revenue due to a drop off in economic activity would cause an overall loss for the federal government.

Representative Steve Scalise (R-Louisiana) and Representative Joe Barton (R-Texas) introduced a House Resolution last Wednesday opposing a nationwide carbon tax. They claim that a carbon tax would cause job losses and increase the amount of red tape that businesses need to go through.

“Liberals in Washington have an unquenchable thirst for more job-killing tax hikes on American families and businesses, and we’re here today to make it clear that Congress will fight tooth and nail against any attempt to pass a tax on carbon, which will hurt American families and increase the cost of every good manufactured in the US,” Rep. Scalise said in a statement.