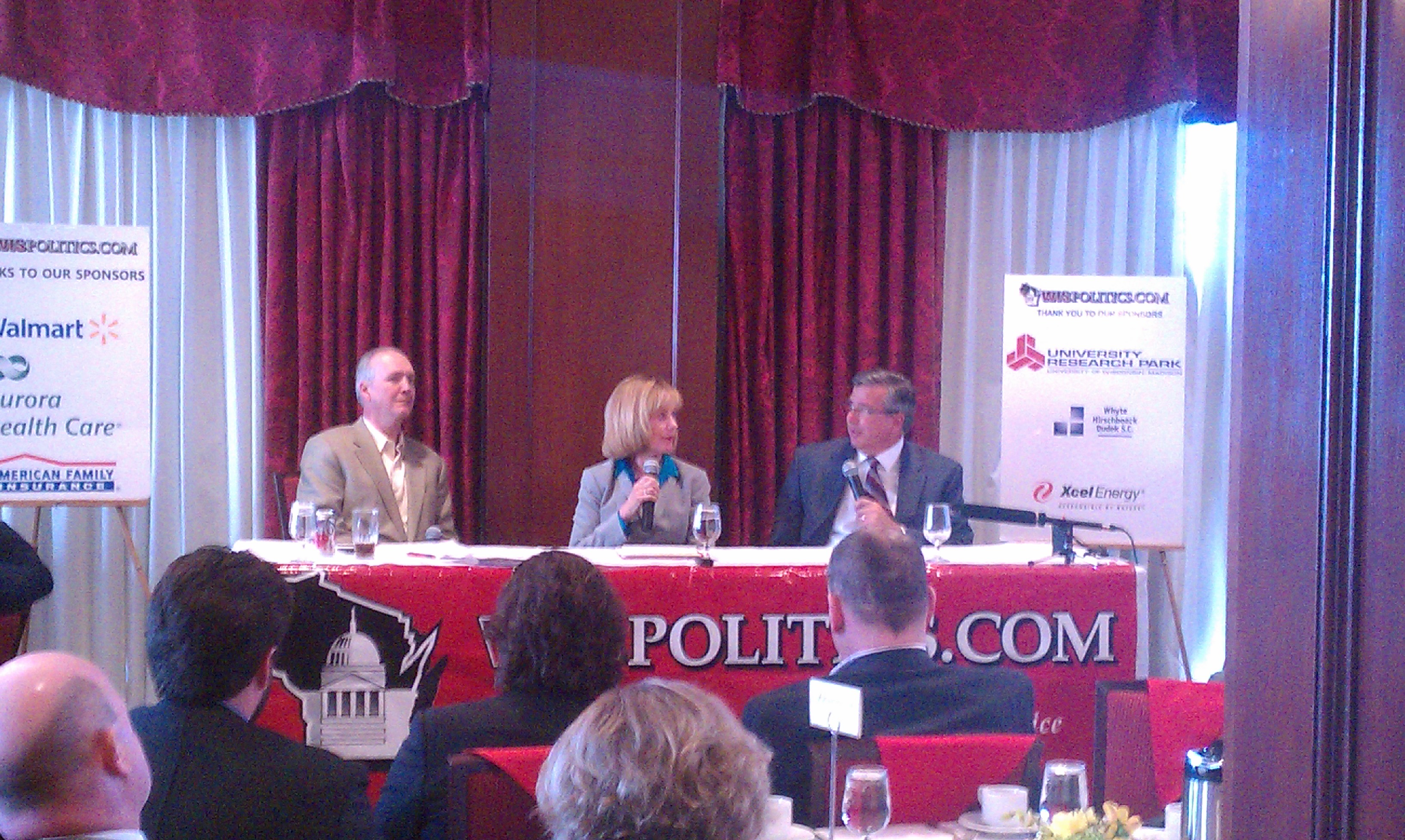 [Madison, Wisc…] The co-chairs of the Joint Committee on Finance, Sen. Alberta Darling and Rep. John Nygren, faced the lunch crowd at the Madison Club on Thursday, laying out their priorities in crafting Wisconsin’s 2013-2015 biennium budget.

“We’re not going to just bless a budget,” Sen. Darling (R-River Hills) said at the Wispolitics sponsored event. “We’re going to have a good, healthy debate.”

Republicans control both chambers of the legislature and there is currently a budget surplus. Rep. John Nygren, however, said that doesn’t mean the budget process will be easy.

The budget process began last month when Governor Scott Walker presented his budget proposal. The last two weeks involved agency briefings, where the heads of state agencies presented reports and funding requests to the Joint Committee. Next week, public hearings will begin being held around the state.

Darling and Nygren reiterated their positions on various issues picked by the Wispolitics moderator.

First off, they were confronted by a decision to turn down money from Washington to expand Medicaid. They explained that while the feds would cover the costs this biennium, it would cost the state much more in future budgets. Republicans were also cautious about the promised funds, since the feds were unable to fulfill their promises with Medicaid funding in this current budget.

“I guess the easy solution is always to take the cash,” Rep. Nygren said. “But you have to ask what strings are attached and how reliable is it.”

The two were also asked about plans to expand school choice. Right now it is only available in Milwaukee and Racine. Governor Walker wants to see it expanded to other failing school districts. The co-chairs explained this move could actually help all schools to improve.

The co-chairs were also asked about a proposed middle class tax cut.

“Who would have thought we’d be in this situation two years ago that we could now be giving a tax cut,” Darling said referring to the $3.6 billion dollar deficit the state faced in 2011.

When asked about targeted tax cuts Nygren responded, “rather than let the government pick winners and losers, let’s give the tax cut to everyone.”