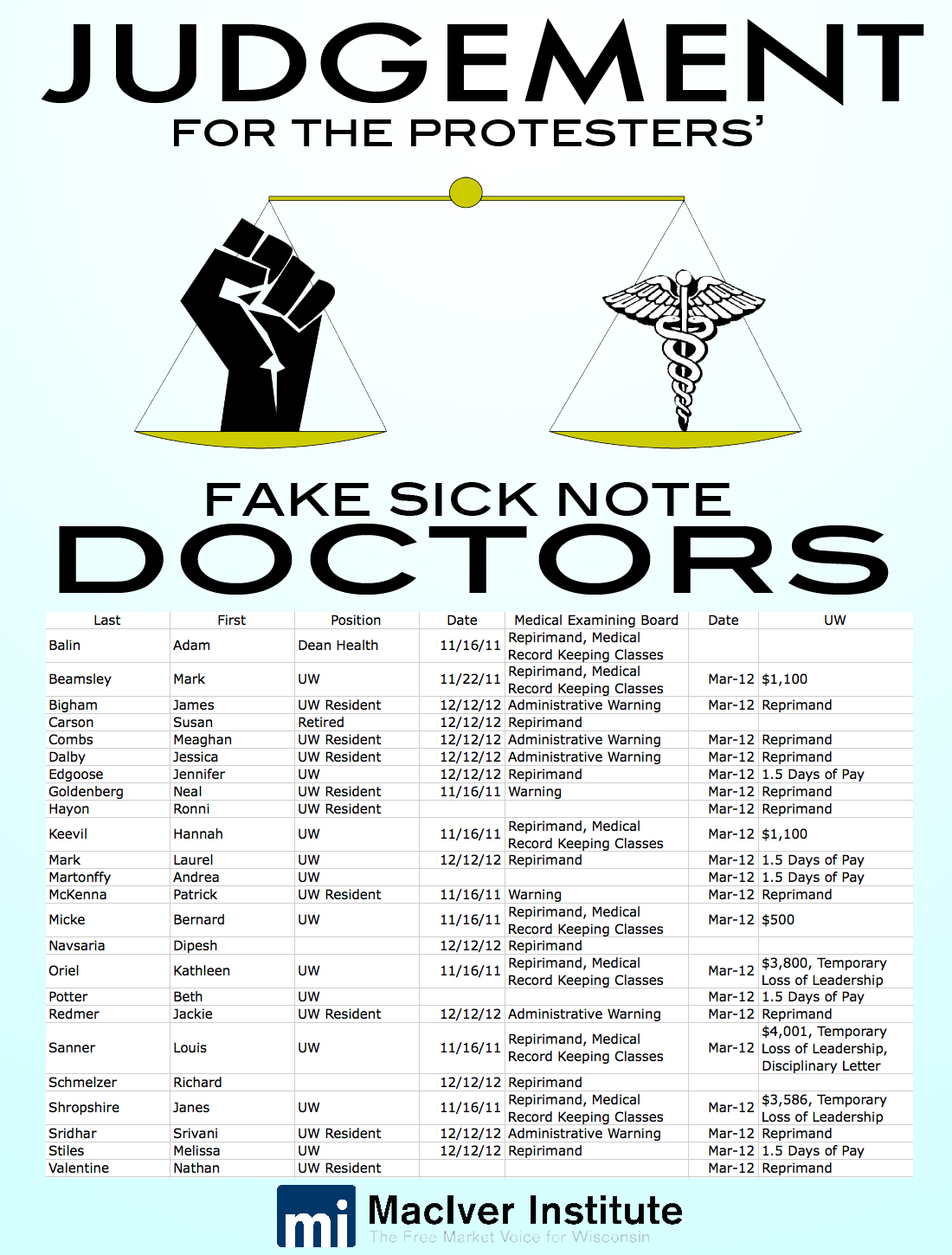 [Madison, Wisc…] As a result of the MacIver News Service’s investigative reporting, 11 more doctors have been disciplined for their roles in issuing fake sick notes to demonstrators during Act 10 protests.

According to a report Thursday in the Wisconsin State Journal–which fails to credit the MacIver Institute for uncovering the scam–six doctors were “reprimanded” this week and five more received “administrative warnings” from Wisconsin’s Medical Examining Board.

“Thanks to MacIver’s reporting, citizens in Wisconsin and across the country learned that health care workers in Madison were choosing politics over professionalism,” said Brett Healy, MacIver Institute president.

During the height of the Act 10 protests, a number of doctors and health care workers set up shop on the Capitol Square to write fake sick notes for seemingly anyone who asked.

In November 2011, the board “reprimanded” six doctors and issued “administrative warnings” to two others after MacIver discovered the notes were being issued to teachers and other state employees who were calling in sick to work so they could protest at the state Capitol.

The work of the MacIver Institute gained national recognition and was featured on a number of national newscasts.

“Maybe worst of all, these health care workers were compliant in denying our children their right to an education by giving teachers the bogus, hand-written excuses they needed to shut down schools and protest,” said Healy.