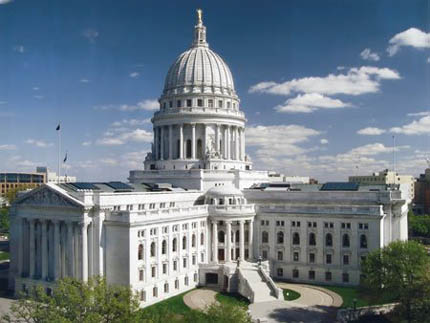 [Madison, Wisc…] It will be weeks before the Madison Police Department knows for sure how much President Obama’s last-minute campaign stop cost taxpayers.

However, when the President visited UW-Madison last month, the department spent over $130,000 for personnel costs. Of that amount, about $73,000 was for overtime pay.

Madison PD has assigned hundreds of officers to the President’s rally on Martin Luther King Jr. Blvd. State troopers, Capitol Police and the Dane County Sheriff’s Department are also working the event, which is expected to end around 11 AM.

Many roads and parking garages around the Capitol were closed beginning Sunday afternoon for the visit. MLK and parts of other roads are sealed for security check points. The Capitol remains open throughout the morning.

One Capitol Police Officer told MNS that 10,000 tickets were issued for the rally featuring musician Bruce Springsteen. No more than 10,000 can fit into the area designated for the rally.

When Springsteen rallied in Madison for John Kerry in 2004, the event drew 80,000 spectators.