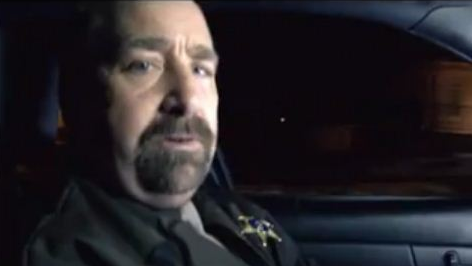 [Madison, Wisc…] The Dane County Sheriff says media reports regarding absentee voting in his jail are wrong and that the state Department of Justice won’t let him run background checks on inmates who seek absentee ballots.

However, a spokesperson for the Attorney General says they’ve told him no such thing.

Mahoney told the MacIver News Service that he wanted to be proactive and run all inmates through the Criminal Information Bureau records to determine their status before absentee voting began. However, the Department of Justice told him it is illegal to use the CIB system for that purpose.

“The sheriff did send a letter about specific absentee voting processes,” said Dana Brueck, Department of Justice Communications Officer. “We are in the process of reviewing it, but haven’t responded yet.”

The Department spokesperson could not confirm Sheriff Mahoney had received any guidance from DOJ on the matter.

“I checked with the people in the Crime Information Bureau and no one there said they’ve spoken with him,” Brueck said.

Mahoney says his deputies have a delicate task in preventing felony inmates from voting while not violating state law.

“Inmates have begun to request to have absentee ballots sent to them while incarcerated so they can vote. It is going to be up to their polling location to research whether they are allowed to vote based on their criminal record, not the DCSO,” the memo read.

Sheriff Mahoney now says Twombly sent that memo on his own initiative but that the content of the memo have been misrepresented in the media.

Mahoney said his deputies were not instructed to disregard inmates’ felony voting status if they attempt to vote absentee.

“There’s nothing in the memo that says to disregard a prisoner’s felony status,” Mahoney said. “I’m carrying forward the same policies and practice that have been in place for the 2008 and the 2004 election.”

The memo states deputies are to provide inmates with pens to fill out ballots and allow the ballots to be mailed out. Mahoney said deputies were also instructed to take action if they know an inmate is attempting to cast an illegal ballot.

“If a deputy is aware that a person is serving a felony sentence, they should immediately contact the supervisor and we will contact the county clerk,” he told MNS.

Such direction, however, was not included in the Twombly memo that was sent to the jail sergeants for the first, second and third shifts.

The conservative watchdog organization Media Trackers spoke to law enforcement officials in two other counties, who explained how they make sure felons do not cast ballots from their jails.

In Waukesha County, the state’s third most populous county, county jail administrator Mike Giese said that his jail does take steps to stop ineligible felons from voting. “We always check to make sure they are not felons,” Giese said of inmates who apply for an absentee ballot. If a felon were to submit an ineligible request for an absentee ballot, jail officers would prevent it from going through.

In Dodge County Sheriff Todd Nehls said that if an ineligible felon tried to vote through his jail they would make sure they followed the action and caught the inmate. He didn’t seem to agree with Mahoney’s reasoning that sheriffs are not responsible for holding those in jail accountable for their actions.

Yet, in his interview with the MNS, Mahoney insists his department is doing everything it can, under the law, to ensure inmates do not vote illegally.

“We are not allowing ineligible voters to vote,” he said. “There isn’t some liberal conspiracy going on here.”

As of Friday, October 12th, the Dane County jail has received two absentee ballots for inmates who requested them.

Here is the Twombly memo.