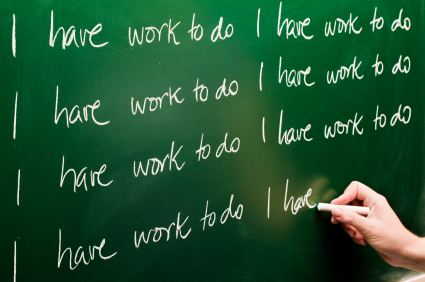 This week, Marquette hosted a conference whose goal was to map out the next steps in Wisconsin’s winding road of education reform. While the state may be moving in the right direction, new ways of looking at student data may point a bleaker picture than students, parents, and educators in the Badger State are used to.

The university hosted Dr. David Driscoll, head of the National Assessment Governing Board, in front of a packed auditorium in Milwaukee Tuesday morning. Driscoll addressed an invested crowd along with a group of speakers that included state superintendent Tony Evers, MPS superintendent Gregory Thornton, and other key local education figures.These speakers discussed the state’s upcoming adoption of NAEP and Common Core of Data standards to better gauge student achievement in the classroom.

Driscoll has several other ties to Wisconsin as well. Tests for evaluating educators that were developed under his watch as Commissioner of Education in Massachusetts will be implemented in public schools in the coming years.However, the main issue that the panels of educators, administrators, and legislators tackled was the future of education and the measurement of student progress in the state.

In an ongoing quest to improve student data and better gauge how much children are learning in Wisconsin, the state will phase out the Wisconsin Knowledge and Concepts Examination (WKCE). This test, given once a year in October, paints a simplistic and flawed picture about student achievement in the state and leaves little room for comparison across state lines. It does little to measure student growth and provides little meaningful feedback aside from a student’s current status coming off of the summer break.

The state will supplement and eventually replace the WKCE system by switching over to federal Common Core of Data standards. This will start in 2013-2014 when the measurement of student proficiency in key subjects like math and reading will be scaled according to National Assessment of Educational Progress (NAEP) metrics. This data will represent a step forward in the way that Wisconsin gauges student growth, and will allow the state to more accurately compare its students to others across the United States.

The current differences between “Proficient” on the WKCE and “Proficient” on the NAEP are significant. Moderator Alan Borsuk’s opening statements made it clear that Wisconsin’s scores will drop significantly thanks to the more rigorous new metric when compared to the old one. As a result, student achievement scores are likely to drop significantly even if these students perform the same or even improve in the coming years.

For example, 80 percent of fourth graders in Wisconsin rated out as “Proficient” or “Advanced” on the WKCE in 2011. NAEP scores in the same year suggested that this figure was just 33 percent, according to Borsuk’s notes. This significant gap held true across several different categories. If this trend holds true, educators, parents, and students alike can expect much less optimistic test scores in the next few years.

That stigma of lower performance will hound the Department of Public Instruction in the near future. With student proficiency rates dropping thanks to the new NAEP standards, the public response is likely to be pessimistic at best. That leaves a difficult question; how do you set goals for students when the new cut line will be significantly lower than the old one? How do you convince parents that schools and students are making progress when less than half of the students in the state rate favorably in these new, more stringent standards? In short, how do you show improvements (when available) when the new standards will drop achievement scores across the board?

Raising the bar for student achievement will represent a step forward for Wisconsin’s schools and a preventative measure towards complacency. The WKCE’s flaws have held back the amount of data that we can glean from testing in the state’s public schools. While the NAEP is far from perfect, it will give us a better idea of how students are performing on a yearly basis and how they compare with other states across the country. At a time where many are calling for greater accountability in public schools, this represents reform that is working towards that goal.

There will be a public outcry when the state’s proficiency index drops in the face of these new, tougher standards. Wisconsinites will have to understand that this is a bitter pill to swallow in the name of improving educational outcomes across the Badger State. Wisconsin’s students won’t just be compared to young adults across America, but across the world.

Upping the standards to better reflect that level of competition will help the state’s schools rise to the challenge that evolving nations are posing. With the danger of falling behind becoming more apparent as a threat with each passing school year, this change is long overdue. If the state’s schools can adjust and meet the difficulty of a stronger gauge of progress, it will reap benefits throughout Wisconsin.