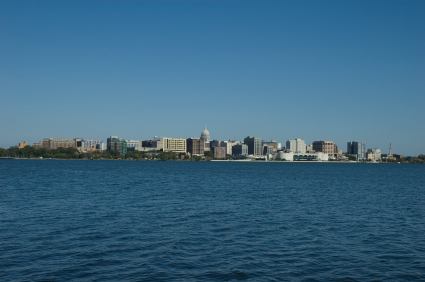 With the Walker v. Barrett matchup now officially locked in place, I set out on a number-crunching project which only a true political geek would enjoy. My task was to prepare a county-by-county and region-by-region electoral model of what the June 5 recall election could look like. What would a Walker win look like? What would a Barrett win look like?

Well, I’m still not finished because a funny thing happened to me on my way to preparing that election projection. I stumbled upon some fascinating data in Walker’s 2010 election results.

It’s no secret that Walker will be soundly defeated in Madison and Milwaukee in the recall. What may surprise some is that, in 2010, Walker’s statewide victory came in the face of decisive defeats in the two largest counties. Walker has already shown he can win an election in the face of unusually high turnout in Milwaukee and Dane counties and while performing relatively poorly (even for a Republican) in those counties.

In the head-to-head 2010 vote, Walker defeated Barrett by 5.8% or nearly 125,000 votes. Conventional wisdom is that Walker’s vote share will decline in the upcoming recall and the race will be closer to 50/50. Recent polling indicates this conventional wisdom may, in fact, be wise.

Many also believe that Walker will see a significant slide in Madison and Milwaukee — the two greatest Democrat strongholds in the state. Dane County in particular has thousands of public employees and was the epicenter of the 2011 protests. The question is this: How far will Walker slide in Milwaukee and Dane counties as compared to 2010?

When I compared Walker’s performance in Dane and Milwaukee counties in 2010 to that of Republican candidate Mark Green in 2006, I came to realize the slide may not be as great as many believe. The reason is that Walker in 2010 had not climbed very high on the vote ladder in these two counties to begin with. In these two counties, the Governor’s performance in 2010 was much closer to the GOP floor than to the ceiling.

Let’s start by putting Milwaukee and Dane in perspective. In 2006 Governor Doyle rolled to an impressive margin of nearly 160,000 votes in Wisconsin. In that contest, Green received just over 46% of the head-to-head vote against Doyle. By contrast, Walker in 2010 received nearly 53% in his head-to-head against Barrett. This win by Walker represented a statewide improvement over Green of nearly seven points.

Here is where it gets interesting. This seven point improvement was not across the board. When analyzing statewide elections, I divide the state into nine groups: Dane County, Milwaukee County, and seven multi-county regions. In all seven of these regions, the Walker improvement was actually greater than 7 points. For example, Walker pulled 10 points higher than Green in western Wisconsin and 11 points higher in central Wisconsin.

Had candidate Walker over-performed in Dane and Milwaukee in 2010, that would put Governor Walker at much greater risk in 2012. But in reality, he performed nearly as poorly there as Green had in the midst of the 2006 Democrat landslide.

Many of you may be asking yourself how turnout comes into play. Even if Walker only has a modest decline in percentage in Dane and Milwaukee counties, what if their turnout is much higher?

We can all agree that higher than normal turnout in Milwaukee and Dane counties would spell bad news for Walker. Once again, however, Walker’s win in 2010 came in the face of already-strong Milwaukee/Dane turnout.

Statewide voter turnout was 1% higher in the 2010 gubernatorial election than it was in the 2006 race. This is misleading, however. The 2010 turnout was actually lower nearly everywhere in Wisconsin except for Dane and Milwaukee counties.

Is it possible for these counties to have an even higher turnout in the June recall? Certainly it is and I suspect Dane County actually will. The point is that the two big Democrat counties in 2010 had already outperformed the remainder of the state in 2010 in terms of turnout and Walker still won pulling away.

Observers, polls, and the candidates themselves expect the recall on June 5 to be close. To be sure, keeping it close requires Barrett to roll up huge margins in Dane and Milwaukee counties. For him to actually win, however, he will need to also make up ground in the remainder of the state.

The primary results from this past Tuesday indicate that will be tough. Barrett’s primary victory on May 8 was disproportionally lopsided because of two counties: Dane and Milwaukee. Well over half of Barrett’s primary margin on May 8 came from Milwaukee and Dane counties. Through much of the heartland of the Badger State, Falk either won or came very close. More importantly, Republican turnout on Tuesday night far exceeded Democrat turnout in that same heartland.

Walker has clearly demonstrated the ability to win statewide in the face of both high turnout and huge defeats in the two bastions of Democrat strength in Wisconsin. If Walker’s victory in 2010 had been built on better-than-normal performance or on low turnout in Madison and Milwaukee, his foundation in 2012 may be shaky. Luckily for Governor Walker, his foundation was built upon neither.

Joe Handrick is a former State Representative and Town Chairman from the Minocqua area and is currently an elections and government relations specialist for the law firm of Reinhart Boerner Van Deuren.