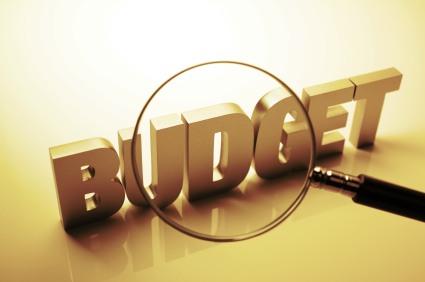 
The state of Wisconsin received good news regarding the state’s fiscal health last week. Administration Secretary Mike Huebsch sent a letter to Governor Scott Walker announcing that the state will finish the biennium with a budget surplus.

This is an improved forecast compared to one earlier in the year by the state’s Legislative Fiscal Bureau. In February, the LFB projected the state would have a $143 million deficit at the end of the budget cycle.

Senator Mark Miller said the projections were “politically timed” and “unusual.” “Not since the 1980s has this information been released before November,” Miller said in a press release.

However, Dale Knapp with the Wisconsin Taxpayers Alliance told Wisconsin Public Radio that the change from deficit to surplus at this time of year is not unprecedented. Just last year the revenue estimates in May were up to $6 million higher than projected earlier in 2011.

“These again are not big re-estimates, but it puts us back into surplus, and that’s just a function of the fact that we’re carrying very slim deficits, and so we’re moving from one side of the ledger to the other,” he said.

The timing of the announcement also makes sense given the source of the revised projections. According to the letter from Huebsch, general fund revenue collection through April was higher than projected while the amount of refunds were actually lower than projected. Also, the federal Bureau of Economic Analysis issued revised numbers indicating income growth in 2011 was higher than previously thought, as well as stronger growth in employment in the third quarter of 2011. Finally, debt refinancing and structural changes account for $78 million more in savings over the biennium than previously projected.

This is a dramatic change in the state’s fiscal outlook from when Walker took office at the beginning of 2011. At the time the state was facing a structural deficit of $3.6 billion for the next biennium. The state was operating under a budget that had a deficit of $137 million. Neither figure included the $200 million owed the medical malpractice compensation fund and the $58 million owed to Minnesota under the tax reciprocity agreement at the time. The state budget did include $2 billion in one-time federal stimulus money for existing programs, a hole needing to be fixed in the next biennium.

The state’s finances were in this dire shape despite (or perhaps because of) raising taxes $2 billion.

Walker controlled spending at the state and the local level with the Act 10 reforms to public employee unions’ ability to collectively bargain on Benefits, wages, and working conditions. The state did not raise taxes in the last budget cycle, and the median property owner in Wisconsin actually saw a reduction in property taxes. The result is a more stable fiscal outlook for the state in the long term.

Democrats may be skeptical of the new revenue numbers but they were quick to spend the money. In a letter Monday to Walker, Barrett requested $25.6 million for assistance to struggling homeowners facing foreclosure. Walker countered by pointing to his proposed $100 million economic assistance package for the city of Milwaukee and reminding the mayor that it was fiscal restraint that made the surplus possible.

State spending is still higher than it was under Governor Jim Doyle. The budget is still not balanced according to GAAP accounting standards.

But California’s budget deficit just jumped from $9 billion to $18 billion and that state is considering cuts in education that would be the equivalent of chopping three weeks off the school year. California’s governor is looking at raising sales and income taxes. In Illinois, Governor Pat Quinn is asking business leaders, the same people who bore the brunt of his tax increases, to push the legislature to cut Medicaid.

By comparison, Wisconsin’s fiscal situation is under control. It’s more evidence that increasing taxes and spending is not the solution for a state’s fiscal woes.