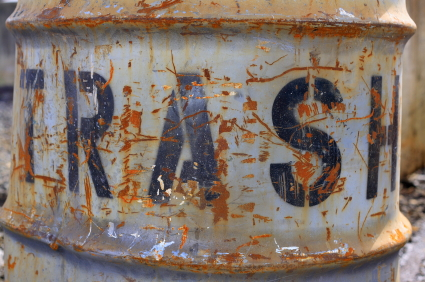 The Milwaukee Journal Sentinel has an interesting story today about accusations of bid-rigging for City of Milwaukee contracts.

Two metal recycling firms have accused the City of Milwaukee of illegally shutting them out of bidding for contracts to remove and process abandoned vehicles, work they say has gone exclusively to a third company under illegal contracts.

On a national level, the frustration and anger over crony capitalism centers on policies and grants that favor one politically connected company over others. (Think Soylyndra). On a local level, we get car crushers. But there is something noticeably absent in this story.

Scott Hansen, an attorney with Reinhart Boerner Van Deuren, said in the notice that the city could save hundreds of thousands of dollars a year by accepting competitive bids from his clients and others.

According to the notice of claim, state law and Milwaukee ordinances require that all contracts for services in excess of $25,000 be subject to competitive bidding unless the commissioner of public works determines the work can be done better and more cheaply without a formal contract.

While the city may not pay Miller directly, it could be getting a lot more from other firms for the value of the scrap vehicles in its possession, Hansen suggests.

A contract was awarded to Miller, located near S. 16th and Bruce streets in the Menomonee Valley, after bidding in 1990 and 1994. The latter was “privately extended” through 2000 without competitive bidding, according to the claim notice. In 2001, when the contract had expired, it was extended “in secret and without public bid” on a month-to-month basis to October 2003, when the parties entered a contract until 2005, and then until 2009.

The other firms contend that the public works commissioner has never made a formal determination that it was best to go without a contract.

In 2009, the contract was extended, according to Hansen’s notice.

“If the contract remains in force, Miller Compressing will have provided abandoned vehicle processing services for the city for 20 years, all without competitive bidding,” the notice contends.

Miller scraps thousands of abandoned vehicles obtained from the city every year. Last year, for example, the city towed more than 26,000 vehicles to the impound lot.

Most were returned to their owners, but 9% – about 2,340 – were recycled, Department of Public Works spokeswoman Cecilia Gilbert said Wednesday.

The city pays Miller Compressing about $50 per vehicle to transport the vehicles to Miller and prepare them for recycling by removing the oil, tires and battery. Miller gets most of the scrap value, which varies with market conditions, and refunds some of it to the city. In 2009, the city’s share of the scrap value was about $150 per vehicle. A spokesman for Miller said that amount is currently $313.

Do you think the following fact would have added to the story?

In the last two years executives and employees of the firm alleged to have received a no-bid contract from the City of Milwaukee have contributed thousands of dollars to the many political campaigns of Mayor Tom Barrett.

Now, I’m not alleging a quid pro quo. But you would think a reporter doing a story on allegations of political favoritism would have done a cursory search of campaign finance records. It took me all of three minutes. Then again, maybe the author of this story did that, too, and his reporting didn’t survive his editors’ review???

Considering Barrett is a candidate for next month’s gubernatorial recall, isn’t this relevant? Miller compressing employees are heavy political contributors to members of both parties, including Governor Walker. But since this story is about allegations of favoritism with City contracts, you would expect this story would include information regarding their political giving to City of Milwaukee officials.

Do you think Governor Walker would have been given a pass by the press if this story was about County contracts?

Remember how just weeks ago the Wisconsin State Journal went nuts over the treatment a local company received from the State Department of Natural Resources? That story prominently featured the far more modest campaign donation history of those executives.

People’s faith in the traditional media, and their subscriber base, is waning for good reason.