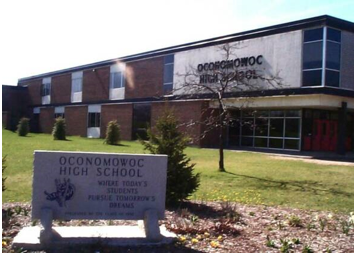 Reforms Possible Because of 2011 Wisconsin Act 10

The Oconomowoc Area School District unveiled a plan Tuesday that would make drastic changes to how their local high school operates. Their goal? Cutting staff to retain good teachers, paying these good teachers more for their added workload, and keeping educational offerings and class sizes the same while saving half a million dollars.

The school board presented a plan that would reduce the Oconomowoc High School’s full-time teaching staff from 75 to 60 members while increasing the salaries of the remaining educators through stipends. This proposed change would save the district an estimated $500,000 in the coming year. The dramatic reform would be the first of its kind in Wisconsin, and would be made possible by the collective bargaining limits imposed by Act 10 in 2011.

“School districts all around us are having to make huge cuts in programs and resources,” said Donald Wiemer, President of the OASD Board of Education. “But next year in OASD, we will be able to continue to improve instruction in our classrooms and offer additional support to our teachers. This is a tremendous accomplishment.”

With the reduction in staff size, the remaining teachers would be forced to pick up the slack. These nonrenewal notices would be applied to teachers across subjects like art, foreign languages, language arts, mathematics, phys. ed., science, and social studies. All seven are categories in which teachers could be moved to a schedule in which they would handle four teaching blocks. This reform would not affect the classes offered to students or increase class sizes.

The changes would have a significant effect on teachers that the district retains. Starting positions – though it’s unclear how many would be available due to the staff reduction – would go from starting at a $36,000 salary to a $50,000 stipend. The average teacher in the district would see his or her pay rise from $57,000 to $71,000. It’s a move that would not only reward educators for the extra work that they would take on, but could also have a significant effect in luring high-level teachers to the district.

In essence, the district is moving forward with a plan that will increase the workload for their strong teachers, but also increase their pay to reflect that shift. In cutting staff, the district has the flexibility to raise these salaries while saving money thanks to the benefit packages that will not have to be replaced. Despite the shuffle, class sizes and course offerings will remain the same, though some teachers may not. It’s a bold move to not only retain the high school’s top performers, but to lure good teachers from other districts to the city.

Tuesday’s meeting laid out the first step of issuing non-renewal notices to the 15 teachers that will not be retained. The school board will vote on the reforms as a whole on next month.

“To make the plan work, over time, we will reorganize how we deliver instruction in the classroom,” said Oconomowoc High School Principal Joseph Moylan. “Learning will be much more student-centered. To survive in today’s world, our students need to be much more independent learners. With the new teaching methodologies and new technologies we now have at our finger tips, we can do it. This reallocation of all our resources will allow us to move the needle.”

Will the reforms in Oconomowoc ultimately be successful? Time will tell. However, what we do know is that, because of recent changes to state public employee labor law, the district has more freedom than ever before to institute significant reforms. We also know that the district will have the ability to reduce and promote their staff based on merit rather than experience now that collective bargaining and tenure issues have been quelled in the state’s public schools.

Oconomowoc is pressing forward with a plan that saves money that can be poured back into the classroom without affecting the courses offered to its students. The district is taking advantage of its newfound autonomy to work on a system that emphasizes efficient education while offering greater compensation for the teachers who work the hardest. While cutting staff at any school is a difficult task, the steps that Oconomowoc High School is taking appear to hold a significant positive impact for students and the teachers who remain. It’s a bold plan – but one that could ultimately improve education for students across the district.