Earlier, we reported that had Wisconsin’s Assembly Democrats successfully amended the recent Wisconsin State Budget, they would have spent an additional $1.7 billion and created a $1.4 billion structural deficit. Our analysts, with the help of the nonpartisan Legislative Fiscal Bureau, have now completed their analysis of the amendments offered by the Senate Democrats. The results indicate that while the Senate Democrats were slightly more restrained than their Assembly colleagues, they still aimed to add $936,752,110 in additional spending, which would have erased the current projected surplus and left the state with a deficit of nearly $600 million.

The first amendment proposed by Senate Democrats attempted to eliminate a provision requiring people to wait one week before becoming eligible to claim unemployment benefits. This is estimated to cost the state $46 to $51 million annually.

The major spending increases of Senate amendment one were the restoration of $56.2 million for the earned income tax credit and $13.6 million for the homestead tax credit. Critics classify these programs as welfare spending even though they contain the word “tax” in their title. These credits would give “tax refunds” to people who don’t pay taxes to begin with. The total spending increase of this amendment would have been $76,866,100.

The second amendment proposed by the Democrat Senators dealt mostly with education spending. The major proposed spending increase was $332,900,000 for general equalization aid. It also included a tax increase on capital gains and manufacturers for a combined total of $356,300,000. The total spending increase  (without factoring in tax increases) of this amendment would have been $492,066,100.

The third amendment attempted to remove the enrollment cap on family care. This would have cost the state an estimated $290 million over the biennium.  The total proposed spending increase of this amendment was $309,041,200.

The fifth proposed amendment contained many relatively small spending increases. Among them were spending on indigent legal services, private bar and investigator reimbursement, and special weapons and tactics. It also restored $12 million in bonding allowance for the Purchase of Agricultural Conservation Easements (PACE). This restoration would have cost the state $390,000 in principle and interest payments over the biennium. The total proposed spending increase here was $12,326,410.

Amendment six focused on transportation spending. It included transit operating aid, bus assistance, as well as bicycle and pedestrian facilities spending increases.  The total spending increase of this amendment would have been $27,862,300.

Senate amendment seven included a proposed increase in the bonding allowance of the land stewardship fund of $234 million.  This would have cost the state $2,590,000 in principle and interest payments over the biennium. The Joint Finance Committee’s budget bill did not zero out these bonding allowances. The bill only decreased them from $86 to $60 million per year from fiscal year 2011-12 through 2019-20. The amendment also increased aid for recycling by $26 million over the two-year period. This brings the total spending increase of this amendment to $28,980,000.

Amendment eight, the last proposed by the Senate Democrats, attempted to repeal the budget bill’s changes to collective bargaining. 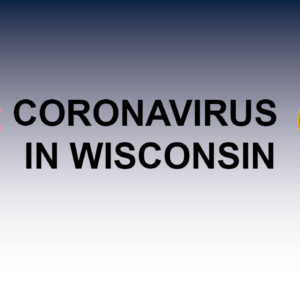 The Impact Of COVID-19 – Average Fatality In Wisconsin, COVID Hospitalizations, And Vaccine Rollout