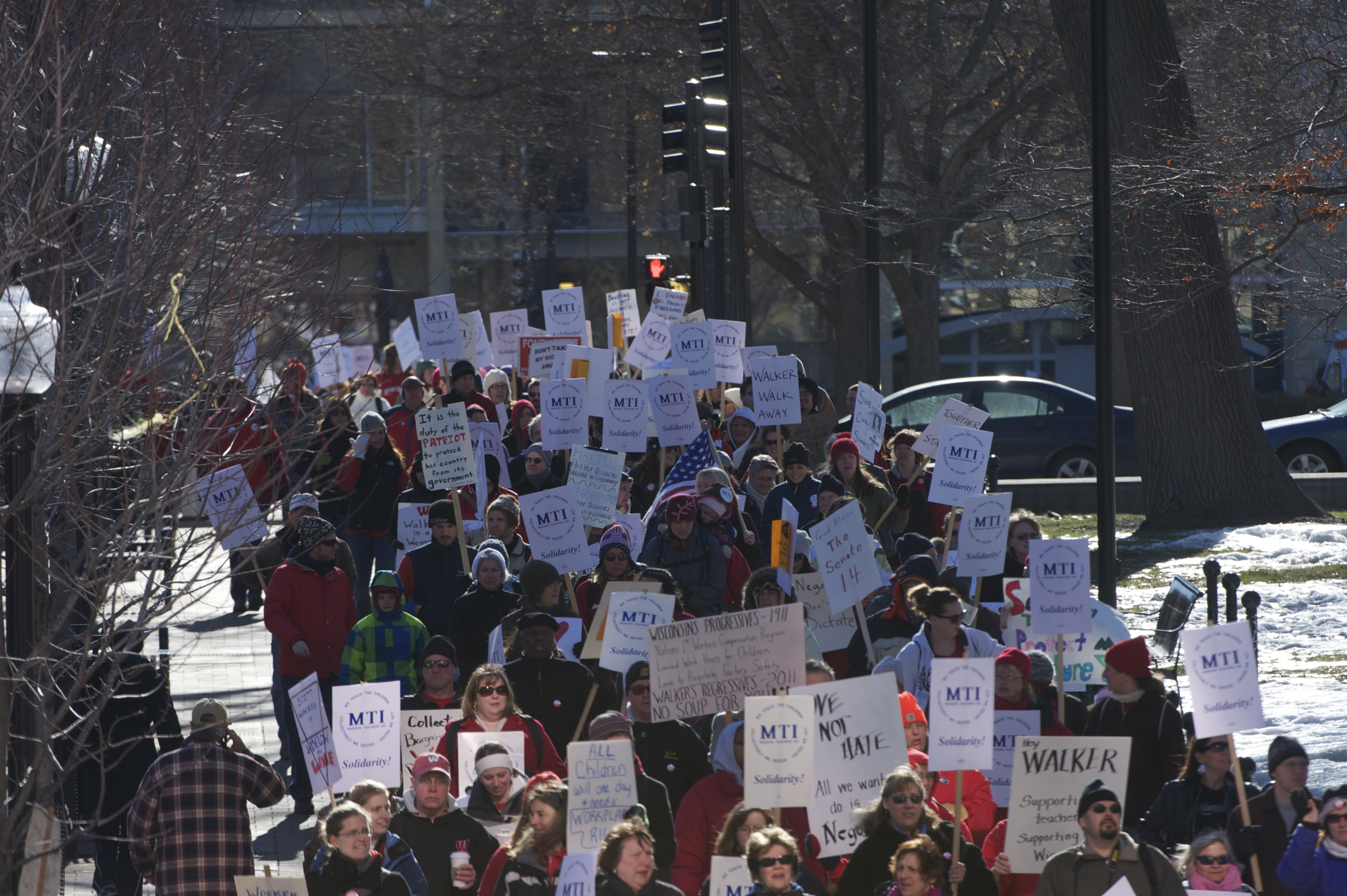 The Madison Metropolitan School District called the “sickouts” a “strike” and accused the union of organizing it. The union, Madison Teachers Inc., however, maintained that teachers were calling in sick on their own initiative. New evidence suggests the union’s claim is not true.

“MTI recommends that we call in sick again tomorrow.”

The MacIver News Service obtained dozens of emails in response to an open records request filed with the school district.

On Tuesday, February 15th, the day before the four day sick out began, Dan Nerad, Madison Schools Superintendent, sent out a mass email to teachers stating “Throughout the day we have received significant information indicating that staff members will call in ill tomorrow, Thursday and/or Friday to protest the Governor’s actions.  While I believe his actions warrant protest, I am asking that this course of action not be taken,”

John Matthews, Madison Teachers Inc. Executive Director, replied to that email with one of his own, “What teachers are doing is based on their own conscience, for education, the children in our schools, for their own families,” he wrote.

Bob Nadler, the district’s human resources manager, also sent out a mass email that day warning teachers not to call in sick.

For those employees who were genuinely sick, however, Nadler said, “if you do not provide documentation, you will not be allowed to use personal or family illness leave and your pay will be docked.”

Matthews then responded, “Yikes, people who are ill and you threaten them?”

That same week, after the sickouts began, a teacher at Falk Elementary mistakenly dialed the wrong phone number and left a voice mail message stating MTI was telling teachers to call in sick the next day.  The person who received that message forwarded it to  conservative talk radio show host Vicki McKenna.

“This is Amy Covey calling.  I’m initiating the phone tree for this information,” the message states.  “What’s happening is MTI recommends that we call in sick again tomorrow.”

Meanwhile, on February 18th, the school district sought a court ordered injunction to end what they were officially recognizing as a “strike,” according to court records.

Pauly went on to argue, “MTI, with the authorization, approval, assistance, encouragement, participation and management of Matthews and MTI’s officers, commenced a ‘strike’.”

There is no transcript yet available from the hearing, and there are no written records of MTI’s arguments against the accusation. However, Judge Maryann Sumi determined the sickout was not a strike and denied the district’s request.

The teachers eventually returned to work on Tuesday, February 22nd, however the threat of more sickouts continued to concern administrators.  On March 9th, the Senate passed an amended version of the budget repair bill, which resulted in a flash protest and near riot, during which thousands of protestors broke into the Capitol.

Nerad wondered if his teachers would stage another sickout that next day. He felt Matthews might know the answer.

“Do you have any input you can provide me about school tomorrow-whether staff will be reporting?” Nerad asked.

Matthews responded that he “advised all callers that as showing our good faith in negotiations all should report to work tomorrow.”

That email would appear to corroborate the content of the voice mail that the previous work stoppage was indeed orchestrated by the union, and that MTI spread word of the job action via the telephone.

Those actions may also be in violation of MTI’s collective bargaining agreement with the school district.

“The Board of Education and MTI subscribe to the principle that differences of opinion between the parties should be resolved by the peaceful means available without interruption of the school program,” states to the current collective bargaining agreement between MMSD and MTI. “Therefore, MTI agrees that there will not be any strikes, work stoppages or slow downs during the life of this Agreement, i.e., for the period commencing July 1, 2009 and ending June 30, 2011.”