@DanODonnellShow on MKE sales tax increase - In a cruel irony, the same leaders who preach compassion for the poor and berate the rise of income inequality are proposing taxing the poor to cover for the politically connected. #MKE… Click To Tweet

“As goes Milwaukee,” the old saying goes, “so goes the rest of Wisconsin.”  By implication, this means that Milwaukee is the state’s economic, cultural, and educational engine.

It’s also far and away Wisconsin’s leader in taking, frittering away, and then demanding more taxpayer money.  Nowhere else even comes close.

In what may be the least surprising development of the year, City of Milwaukee and Milwaukee County leaders announced Monday that they want to ask permission from the state to hold a referendum on tripling the county sales tax.

Abele is crying poverty even though Milwaukee County and the City of Milwaukee receive by far the most money in shared revenue and overall aid from state taxpayers.

On top of that, Milwaukee County’s 2.66% property tax rate is nearly a half-percent higher than any other county.  Its median tax bill of $3,707 trails only Waukesha and Ozaukee Counties even though the median home price in Milwaukee County is significantly lower.

Drivers in Milwaukee County also face the highest wheel tax in the state ($30 per year on top of the state’s registration fee of $75), meaning that Milwaukeeans are by far the most taxed people in Wisconsin.

Yet it’s still not enough.

“We need a solution because if we don’t get one, you’re going to see continued cuts in the service that we provide,” Milwaukee County Executive Chris Abele said Monday. “We need a solution so we can get the government you deserve.”

Abele is crying poverty even though Milwaukee County and the City of Milwaukee receive by far the most money in shared revenue from the State of Wisconsin.  For instance, Milwaukee Public Schools received $705 million in total state aid during the 2018-2019 school year, more than half a billion dollars more than the next-closest district.

Despite this $1.5 billion in state money, and despite the fact that Milwaukee County imposes the highest tax burden in Wisconsin on its residents, it still faces a $28 million annual budget shortfall and $300 to $400 million in deferred maintenance costs.

Milwaukee is alone among Wisconsin’s counties in staring down such dire financial straits, and Milwaukee alone is asking its residents to bail it out.

An increase in Milwaukee County’s sales tax, then, will have a disproportionate impact on residents who earn less money since they will be devoting a higher portion of their earnings to taxation.

Much was made during Monday’s news conference of the “$7.5 billion of personal income earned in Milwaukee County [that] is taken home to surrounding counties” each year, but how much money do Milwaukee’s leaders expect to stay when taxable goods cost one percent less than they do just a few miles away?

This columnist, for example, lives within a few hundred yards of the boundary between Waukesha and Milwaukee Counties.  Since there are plenty of options available to buy the same goods at a lower price, why would spending money in Milwaukee County ever enter into the equation?

The same leaders who preach compassion for the poor and berate the rise of income inequality are proposing taxing the poor to cover for the politically connected.

The same calculation will doubtlessly be made on a much larger scale as businesses that purchase taxable goods decide whether or not to relocate to or remain in Milwaukee County. A one percent difference in price might not matter all that much to a consumer making a $40 purchase, but it is a massive expense for a company making a $400,000 purchase.

Both businesses and individuals are more mobile than ever before, and such a dramatic spike in the cost of doing business will only serve to push their $7.5 billion even farther from the county line.

Milwaukee’s leaders say they’re simply asking the Wisconsin Legislature to let them help themselves by putting the sales tax increase to voters in the form of a referendum this spring (on the same day as the Democratic presidential primary, when they are confident that so many Democrats will be voting that any tax increase will pass).

This scheme, however, smacks of a desperate bid to have taxpayers save Milwaukee’s leaders from themselves—undoing with one vote decades of fiscal mismanagement, from the pension scandal to the sale of valuable land for pennies on the dollar (or, in the case of one deal, for literally a dollar) to the laughable boondoggle that is the streetcar.

Fortunately, though, the Legislature can save taxpayers from Milwaukee’s leaders by refusing to allow a referendum that would essentially bail out government on the backs of those who can least afford it. In a cruel irony, the same leaders who preach compassion for the poor and berate the rise of income inequality are proposing taxing the poor to cover for the politically connected.

As goes Milwaukee, so go the people who pay for its poor decisions, now it’s time for the rest of Wisconsin to stop it. 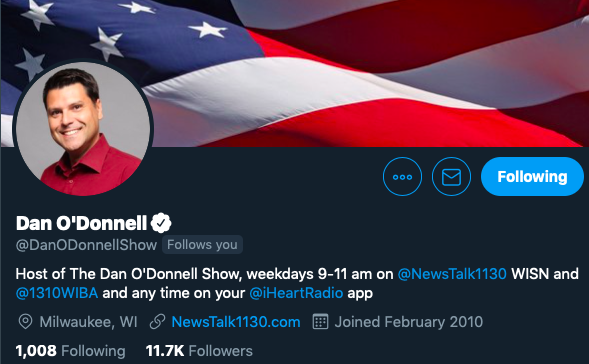