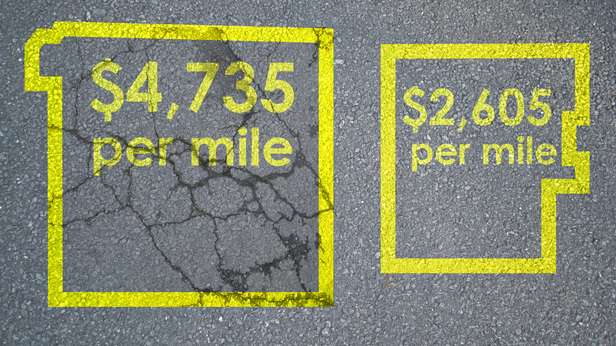 [Montello, Wisc…] Public officials in Marquette County apparently know how to get the biggest bang for their buck when it comes to transportation. They have the best roads in the state, while receiving almost the smallest amount of state aid per mile, according to the DOT and the Legislative Fiscal Bureau.

Ninety-nine percent of Marquette County’s local roads are in fair or better condition, and less than 0.8 percent are in poor or worse condition. Remarkably, local units of government in the county only receive an average of $2,605 per mile in General Transportation Aids. Compare that to Monroe and Eau Claire Counties, which are tied for the worst roads in the state and get $4,735 and $10,017 per mile respectively. 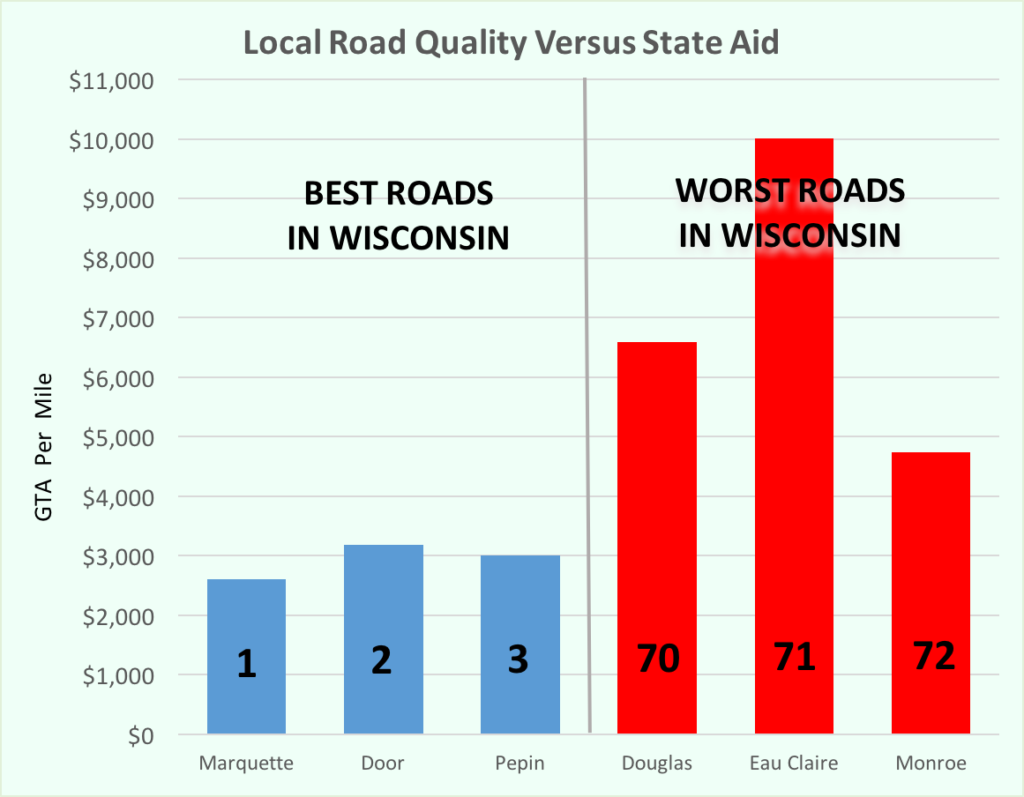 “You have to do what you can with the money you have,” Mike Kohnke, Montello Public Works Director, told the MacIver News Service.

Roads can last up to 40 years if properly maintained, but they deteriorate quickly if maintenance is delayed. For example, if cracks aren’t sealed, they fill up with water over the winter and result in more cracks. In order to keep up, Kohnke uses a controversial process – repaving with oil and stone instead of asphalt.

“It’s one of those forbidden things in a city compared to a township. If it was up to me that’s what I would do for every road. But people complain about the lose stones for a little while. Then they complain about the rough road if they skateboard or rollerblade,” he said.

This process, however, only costs 9 or 10 thousand dollars per mile compared to the $80,000 it costs to repave with asphalt. And it still lasts for 5 to 7 years. This allows Kohnke to keep most of the city’s road on a schedule that works.

“You’ve got to do what you think is right, and be willing to be called every name under the sun,” Kohnke said. “You have to tell them this is what we can do with the money we have. Otherwise, we’re going to have to raise your taxes, and then they’re usually okay with it.”

“When I got this job 4 years ago I said let’s look at the roads that have the most traffic and get them up to snuff,” he said. While still frustrated by too many potholes, Ravenscroft still has the county roads on a 30-year replacement cycle.

Both Ravenscroft and Kohnke told MNS their predecessors left them with a solid maintenance plan that set them up for success. That’s given them a big leg up compared to some of their colleagues in other counties.

Over in Monroe County, David Ohnstad took over as highway commissioner earlier this year and is currently trying to devise a transportation maintenance plan from scratch.

“There’s obviously some immediate things that need to be addressed,” Ohnstad told MNS. “In terms of the big picture, to come up with a longer-range plan, you really need to do the assessment to see what you’ve got.”

Although funding is a challenge, Monroe County communities are in a much stronger position than those in Marquette County. Not only do they get more funding from the state, their overall funding averaged $13,170 per mile in 2015 and in Marquette it was only $9,750. Despite that, 25 percent of all local roads in Monroe County are in poor condition or worse.

So if road maintenance truly comes down to personnel, Monroe County is far from a lost cause. Ohnstad described the steps he’s taking to turn things around.

“We’re going to make a comprehensive assessment of everything that make up the highway system and put a condition assessment on them, so we can project what the actual need is, and then see where we can maintain the resources to meet that demand. Right now we’re making some assumptions,” he said.