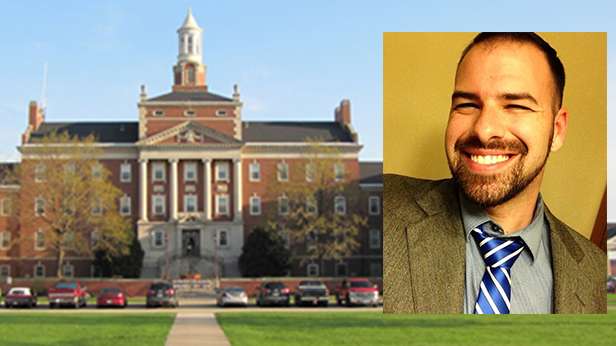 [Tomah, Wisc…] – Kris Ottman battled insurgents and terrorists during two tours of duty in Iraq only to fight the war of big government red tape back home.

But the 31-year-old Iraq War veteran has won a critical victory against the VA machine after going public with his struggles in obtaining disability benefits for a service-related medical condition.

Ottman tells MacIver News that the U.S. Department of Veterans Affairs has reversed its position on the veteran’s disability rating, changing it from zero to 30 percent for a claim related to his esophageal disorder. The agency also has backdated his claim to 2010. Ottman will receive some $33,000 in back pay for benefits the agency should have awarded over the past six years, and he will receive a monthly check moving forward.

Previously diagnosed with post-traumatic stress disorder caused by his military service, Ottman will now be rated at a combined 50 percent on the VA’s disability chart, and he will receive benefits based on his dependents.

While thrilled with the outcome, Ottman asserts the VA’s change of heart came after his bureaucratic struggles were featured in a Wisconsin Watchdog story earlier this month.

“I got a call from a regional VA representative who said she saw the article,” he said. “They reviewed my case and noticed there was an error” in the VA record.

Initially, the VA offered to rate Ottman’s esophageal disability at 10 percent and backdate it. Ottman told the representative that the rating system requires that for his type of medical disorder, a 30 percent disability rating is demanded.

Last year, Ottman had gone through his latest round of corrective medical procedures that have been shown to improve his esophageal pain and suffering – at least for 12 to 18 months. He has had the procedure performed multiple times since he had laparoscopic surgery more than a decade ago to repair his esophagus.

“From my dealings with them, it sounds like they don’t want to deal with the PR repercussions,” Ottman said. “It’s a shame it takes having to go through the media to bring things public like this, to get some answers.”

The VA has had plenty of PR black eyes in recent years. The Tomah facility has been dubbed “Candyland” because of its opioid overprescription practices. A 2015 investigative report detailed allegations of abuse by its disgraced former chief of staff, abuses that contributed to the death of a 35-year-old Marine veteran. And nearly a year ago the U.S. Senate’s Homeland Security and Governmental Affairs Committee, chaired by Sen. Ron Johnson, R-Oshkosh, released a report that found the scandal-plagued medical center was sickened by a “culture of fear.”

Ottman claims an examining physician at Tomah conducted a cursory exam without looking at his medical history. Worse yet, Ottman said, VA did not inform him that he had received a zero percent disability rating. Unaware, he missed the 60-day window of appeal.

An inspector general report last month found VA medical facilities in North Carolina and Virginia vastly understated wait times for appointments in 2016, according to a story in USA Today. The report concluded VA scheduling data remains a “high risk” area for the agency.

“The miscalculations, outlined in an inspector general report issued Thursday, masked actual demand for care and precluded veterans from getting private sector treatment, which they are supposed to be able to get if they have to wait longer than a month for a VA appointment,” the story stated. “The inspector general looked at primary and mental health care appointments for new patients and referrals for specialists and found that overall, 36% had to wait longer than a month for an appointment, but the VA scheduling system said only 10% had waited that long.”

“I don’t fear there will be more like me because I know that there is,” the veteran said. “I hope by me bringing this up it helps to make some changes and reform how the VA system in Wisconsin works.”