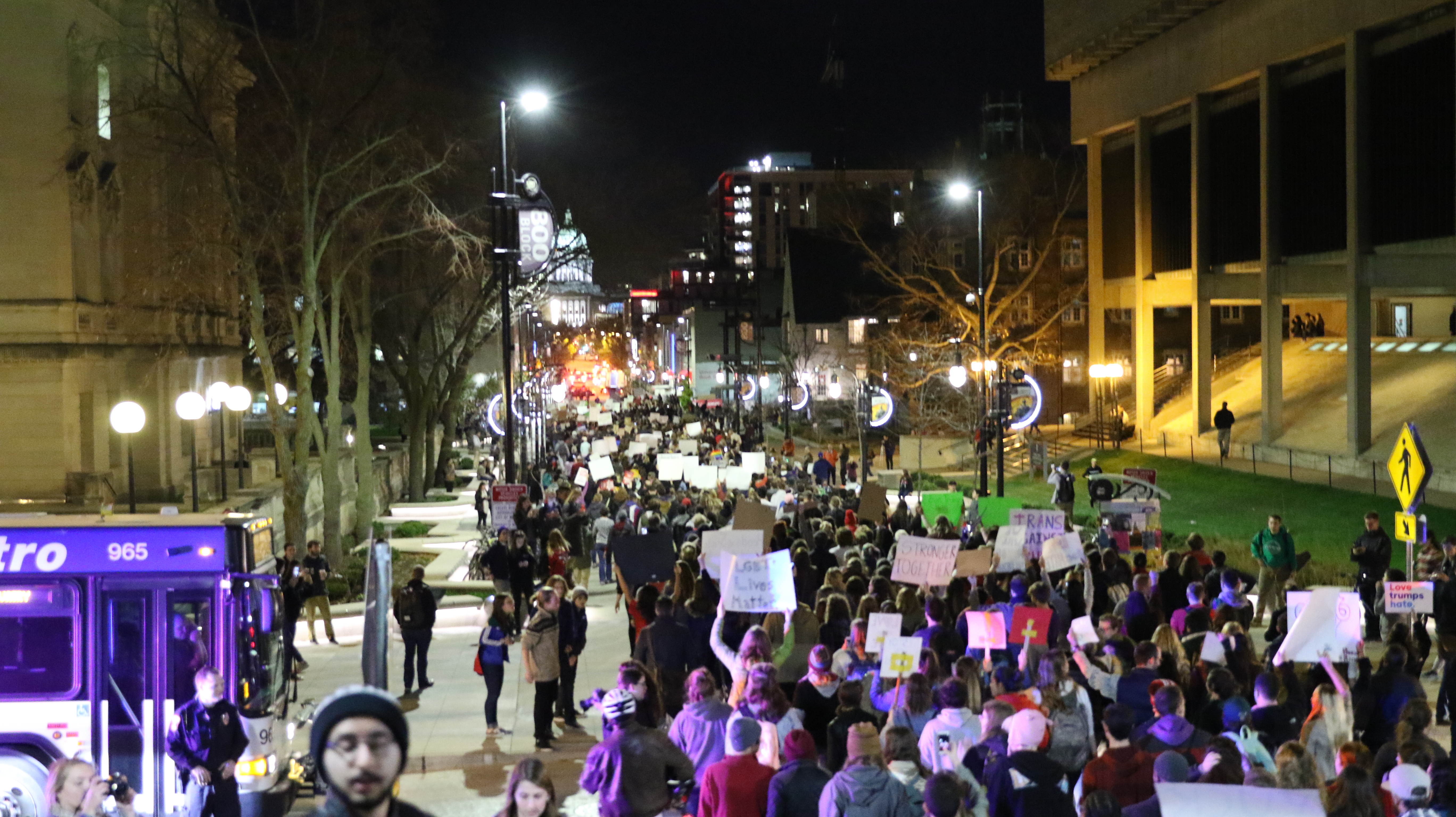 The MacIver Institute documented both events, which featured mostly peaceful protesters carrying a variety of signs – some vulgar – and filling the streets with chants littered with profanity. Thanks to reporting by the mainstream media, however, most Wisconsinites saw only a gathering of families and concerned citizens expressing their opposition to the President-elect.

WISN-TV’s broadcast coverage of the protest in Milwaukee reported that, “Mothers and fathers took their young children to demonstrations to see peaceful protests in action…as they walked west on Wisconsin (Street) and across downtown, they hoped the image of people from different faiths, backgrounds, and generations would send a message of solidarity.”

Missing from their reporting were the not-so-family-friendly signs and chants that permeated the event.

Likewise, WTMJ-TV’s report stated that protesters showed up at the demonstration to speak up for minority and LGBT rights, but also omitted any mention of the more vulgar signage and language.

Protesters in Madison also got in on the act Thursday night when students and others gathered for an event called “Storm the Capital. Make Trump Hear Our Voices.” An estimated 2,000 people walked up State Street from Bascom Hall on the UW-Madison campus to the steps of the state Capitol.

See photos from the Madison and Milwaukee protests here (click on any photo to see the entire gallery):

In addition to the protests, the “Solidarity Singers,” a group of protesters who gather to sing in the Capitol rotunda daily, also took the opportunity to protest the President-elect in addition to Gov. Walker.

Also, joining another national trend, the Graduate Worker Union at UW-Madison offered to help its members process their feelings in the wake of the election with “facilitated sharing circles” and by pointing people to resources “for marginalized students who have felt particularly targeted during this election.”